Where Art and Business Meet.
Home
Our Team
Deborah Hrbek 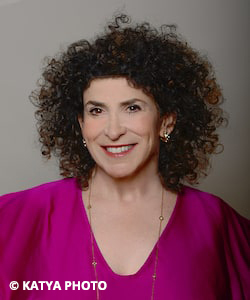 An established voice in drug policy reform advocacy in New York City since the early '90s, Hrbek has represented and advised investors in cannabis grows, CBD and hemp product distributors and medical cannabis patients. Hrbek is a co-founder of New York Cannabar and an active member of the NYC Cannabis Industry Association.

Born in Princeton, N.J., Hrbek was raised in Palo Alto, California and London, England. She received her law degree at King's College, Cambridge University, and went on to qualify as a barrister in England. Hrbek argued cases and conducted trials in London's Magistrates' Courts, the High Courts and the Old Bailey, and completed pupillage at 1 Dr. Johnson's Buildings (now Doughty Street Chambers) and Tooks Court under her maiden name of Deborah Weich. After an initial stint in New York City starting in 1990, Hrbek moved to the British Virgin Islands and practiced law at a BVI-based international corporate law firm for two years. It was the height of the dot-com boom, and most of the firm's clients were in the technology business. Hrbek prepared investment agreements and other financing documents for international technology companies raising capital through IPOs and private placements, and handled international corporate litigation. She chaired the BVI Association of Registered Agents' e-Commerce Working Group (1999-2000) and drafted that group's Report and Recommendations to the BVI Government.

After transferring back to Manhattan to work at Beck & Arad LLP, the New York tech law firm affiliated with her BVI employer, Hrbek started her own law firm - HRBEKKunstler - in Manhattan in January 2002. She is a proud member and past co-president, of the New York City Chapter of the National Lawyers Guild. Hrbek currently serves on the board of directors of the Institute for Media Analysis (IMA), a New York based non-profit organization whose mission is to conduct and support research and dissemination of information on government activities and the media.

Hrbek pays close attention to the needs of her clients, helps them to determine which legal projects should be prioritized and which can be back-burnered, and provides them with the legal protection they need working within their budget. From as early as the first consultation meeting, Hrbek works with her clients to develop an effective strategy designed to move them closer to accomplishing their business and professional goals. Hrbek has a strong, engaging personality and a practical approach to problem solving and business planning. Her broad experience in a variety of cultures gives her a unique sensitivity and perspective in every aspect of her practice. She lives in Astoria, Queens with her boyfriend Brad and her cockapoo and frequent office mascot, Henry.