The Belmarsh Tribunal seeks to arbitrate unjust imprisonment at the detention camp at the Guatánamo Bay Naval Base. The US government has kept prisoners incarcerated at Guantánamo Bay since 2002 without filing formal charges or providing due process to these individuals. This detention camp has been a site for torture of so-called “enemy combatants” for two decades and remains open today. The Belmarsh Tribunal is coming to New York City on February 25, 2022, to shine a light on the human rights violations perpetrated by the US government against these prisoners and calls for the immediate closure of Guantánamo.

Additionally, the Belmarsh Tribunal, which takes its name from the maximum-security prison in London where Julian Assange, WikiLeaks founder has been held for almost three years pending extradition to the United States for publishing accurate information about war crimes carried out by the US government and its allies. Freedom for Julian Assange is the twin demand of the Belmarsh Tribunal organizers and supporters.

What's Next For Julian Assange? 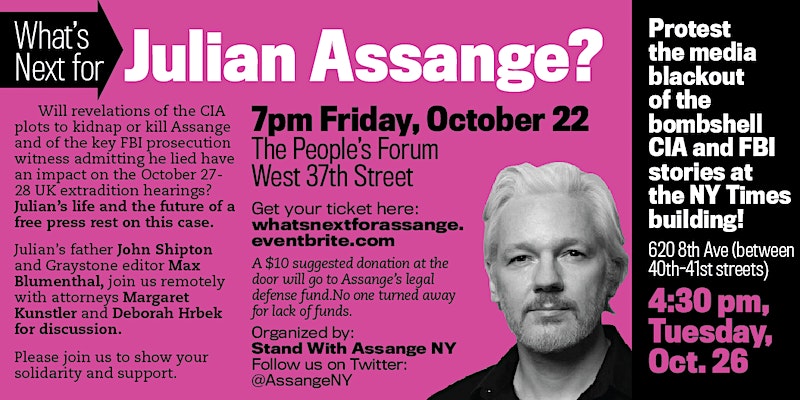